I wasn’t ignoring you, I swear: My New Food Obsession

I haven’t blogged in over two weeks. Making me the worst real blogger ever, but still a PRETTY SOLID fake food blogger.

What have I been doing? Working. Eating. Thinking about food. Not really cooking it too much, though.

What have I not been doing? Blogging. Duh.

I’ve had a couple of amazing food days in the past two weeks. In New York City last week, I ate a phenomenal lobster salad for lunch at a bistro called Artisanal and the very same day had lobster and crab spicy spaghetti for dinner at a neighborhood Italian place called Novita. Lobster two-a-days? Don’t mind if I do. #fatdontstop

And I’ve had some less than amazing food days. Two nights ago, I got a chicken souvlaki from Hero House with a side of fries….and a side of chicken fingers. Good? Yeah. Gross? YEAH.

But the coolest food discovery of the last few weeks has been a reintroduction to an old friend. A nerd god among men. A clotheshorse. A good looking enough guy, sure, but his brain makes him one of the sexiest men on the planet. 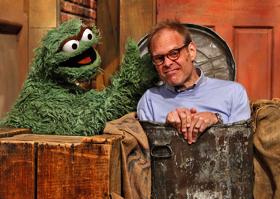 He looks a bit of a Grouch there, really.

First off, he’s a food authority. He not only knows how to make food delicious, but he understands the science of the food. Why it tastes the way it does. What happens when you add this ingredient to that. Why you cook it this way. He gets the chemistry of it all. And he presented it to us for years in his phenomenally entertaining show Good Eats. Who knew Food Science + Cooking + Nerdy Glasses Guy could be so fun to watch? (Bonus: Alton was a Theatre major at the University of Georgia. So, of COURSE he made it fun. Also, I was a Theatre major. So, of COURSE I love him.) And the other thing about him, after listening to his podcast, he’s a regular guy with interests beyond cooking. So that makes him a terrific interviewer. He can talk about race horses with Bobby Flay. He can talk about daughters with Hugh Acheson. He can talk about Atlanta with Keith Schroder. And, by the way, he can–and does–talk flavors with all of them. Are you a Doctor Who fan? So is he. He even created a recipe for fish fingers and custard.

Do yourself a favor. Listen to this podcast. It’s a little less than an hour. You’ll learn something new. Every podcast, there is a food of the day and he answers questions from listeners. You’ll laugh. He’s opinionated. He’s cheeky. He loves a game. He said he’s doing his new culinary game show Cutthroat Kitchen because it is primarily fun.

But most of all, this podcast is available to you for the low, low price of absolutely nothing. That’s right, folks. The absolutely low price of 0 dollars. You can’t beat that.

Don’t delay. Download the podcast player on your phone (if you didn’t have it already like me…) and download his old podcasts. You could do it in order. But I started with Alex Guarnaschelli’s and it was charming.

Or hell, listen for free online on The Nerdist. 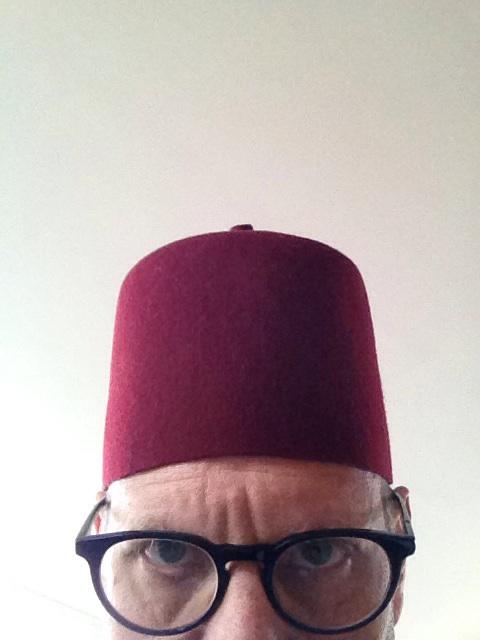 I wear a fez now. Fezzes are cool.

…I hate to say this to you guys…but summer is almost over.

Ok, I get it, Lady Mary. You are cold and hard but you are also capable of love but most of all you DO NOT WANT TO TALK ABOUT SUMMER ENDING.

So, let’s talk about things I need to do before summer ends:

Let me tell you what. This is an almost no cook salad. And it’s full of fresh veggies and packed with citrus-y zing (yes, I did type that).

I don’t mean to brag here. But I took this to a potluck and someone else had brought a black bean salad too. My friend who threw the potluck said that my salad was full of much more flavor than the other salad.

In a black bean salad walk off, this salad will always win, Billy Zane.

In a large bowl, combine all ingredients, tossing to coat well. Season with salt to taste. It’s that easy.

I’m gonna be bold here and say that I don’t approve of diets.

Because in my observation, diets don’t work and you wind up eating all of the fried chicken. See this hilariously well-written example of a normal person trying to follow Madonna’s macrobiotic diet from NYMag’s The Cut.

So, I say, diets don’t work. But lifestyle changes DO work when you’re trying to lose weight.

This is my friend Evan. (You may remember him from previous blog posts.) He has been doing Weight Watchers since the first of the year. And he has lost 30 pounds. WHAT?! That’s amazing. And, bonus, he still enjoys the occasional chicken finger sub cause he’s from Buffalo and people from Buffalo love Buffalo more than anything ever. I’m pretty sure the flag of Buffalo has a chicken finger sub on it.

Evan brought me some onions and peppers that his girlfriend, Lauren, cut up before going out of town for two weeks. So, I says to him, “let’s make Philly cheesesteaks!”

Ev found a Weight Watchers Philly cheesesteak recipe that we decided to use. But I had to confer with my best friend in life and food, Ally, who is from Philly. Who I had Philly cheesesteaks with IN Philly. Because this recipe called for cheddar cheese. and I had a hunch that was total BS.

Me: Does a true Philly cheesesteak have cheese whiz or provolone or does it depend on the place you go?

Ally: Provolone or American or whiz. I personally avoid the whiz.

What? How old is Guy 2? Anyways. Back to the premise of this “blog”: horrible jokes mistakes cooking.

What did I think about the Weight Watchers Philly cheesesteak sandwich. Look. We’re talking about a substitute here. It was missing some of the juiciness that you get with a Philly cheesesteak. You know, from the juice that has all the fat in it. They were just a touch dry. I almost put mayo on it, which would’ve made it more of a steak sandwich and less of a Philly cheesesteak. But the flavor of the meat and veggies were good. The bun was toasty. The cheese was lovely and melty. (I went with a low-fat provolone since I, too, wish to avoid the whiz.) And when you’re thinking that this is a substitute for a full fat version? Well, it’s really not too shabby. Total Weight Watchers points for this recipe: 7 points per sandwich.

Here is Evan, cooking the vegetables. He’s sad cause he didn’t actually want me to take this picture at all.

Here is Evan, cooking the meat. He’s happy cause meat is the best!!!

The real star of this dish was the side that we made. Baked sweet potato chips for 2 points per serving. Get a large sweet potato, peel it, slice it rull thin (1/8 of an inch to be precise—get your mandolin out), brush with oil, sprinkle with salt, and bake it in the oven. As per usual, I burned the first batch. But, the sweet potato yielded a zillion sweet potato chips. So there were plenty left over. I must say, I completely upped the amount of salt that I used in this recipe by like a million salts. I salted them to taste.  Even the burnt ones tasted really good.

Follow it up with a Philadelphia themed movie. We went with Trading Places. Because an Eddie Murphy movie is a part of every balanced diet.

Philly cheesesteaks, baked sweet potato chips and Evan’s thumb holding up the plate to give me better lighting.

Coat a large nonstick skillet with cooking spray; set pan over medium-high heat. When pan is hot, add onion and sauté until tender and golden brown, about 10 minutes. Remove onion from pan; set aside.

Add steak to skillet and sauté until browned and cooked through, about 1 to 2 minutes per side. Add Worcestershire sauce, salt and pepper; cook until liquid is absorbed.

Divide steak evenly between buns and top with onion and cheese. Wrap in foil, transfer to oven and bake until cheese melts, about 5 to 7 minutes. Yields 1 sandwich per serving.

Thinly slice potatoes in a food processor or by hand; they should be no more than 1/8-inch thick.

Arrange slices on baking sheets so they don’t overlap. Brush with oil and sprinkle with salt. Bake chips until they begin to lightly brown. For super thin mandolined chips, check after 7-8 minutes. Cool on a rack and serve.

Burn them. IF YOU DARE.

One sweet potato yielded 4 baking trays of chips. And I didn’t even use the whole thing. WHO KNEW!