I put my hand upon your hip: Weeks Later Super Bowl Dips

The Super Bowl was a couple of weeks ago, and I celebrated in the best way I knew how: by making dips.

And how does one best enjoy a fantastic dip? By singing 1996’s platinum hit by Freak Nasty, Da Dip. (That song actually went platinum. Google it.)

In case you forgot the lyrical genius, it goes a little something like this:

I put my hand upon your hip. When I dip, you dip, we dip.

THIS IS WHAT IS IN MY HEAD EVERY TIME I MAKE DIPS.

Also, sidenote, do you know the lyrics for this song? Cause I’m pretty sure it’s about sexy times. So I’m pretty surprised that I was allowed to dance at middle school dances to it. But…let’s be honest. In the scheme of sexy time song lyrics, it’s pretty mild. My future fake children will most certainly not be allowed to listen to the radio. Because songs these days are more explicit than a sex ed class. This point is perfectly illustrated by musical phenoms CDZA in this amazing video here: http://www.youtube.com/watch?v=NgigpC-xAB8

Anyways. Dips. I took these two dips to my friend Emily’s Super Bowl party a few weeks back (yeah…I’m THAT behind on my blogging). I wanted to bring something football-ish, so I went for a buffalo chicken dip. And then I had to balance the supremely unhealthy buffalo chicken dip with something healthy but still delicious, so I also made roasted eggplant spread which is all vegetables.

Emily outdid herself on the spread. Her crostini selection was out of this world. (Carrot harissa crostini with crème fraiche? Yeah. That was REAL.) The best part about it all was that there were 5 people at the party and when you divided the number of snacks by the number of people, there were 1.5 snacks per person.

Seems like a perfect way to celebrate Freak Nasty. I mean the Super Bowl. I mean, what? 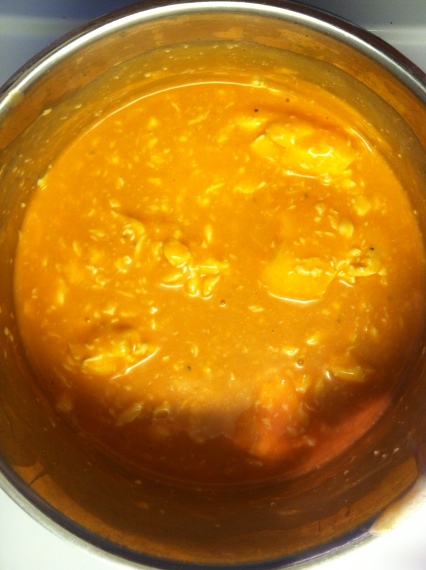 Stir in chicken and about half of the cheddar cheese. Stir until combined. 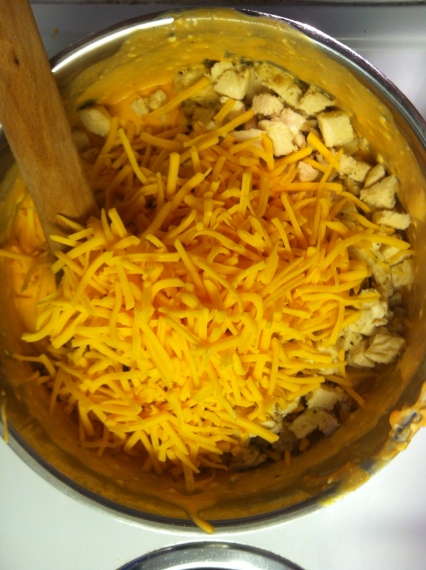 Bake 15 minutes or until hot and cheese is melted. 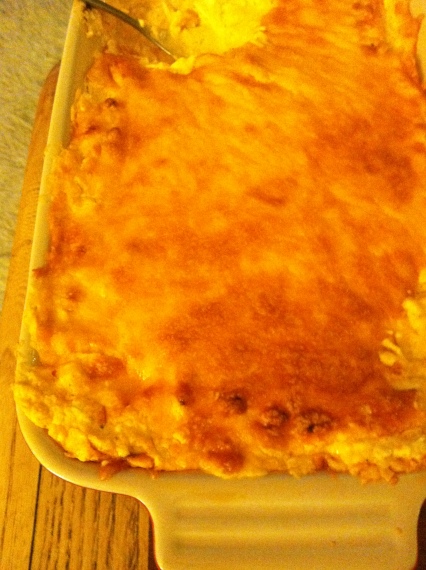 This dip reheats really well, or is even great cold.

Preheat the oven to 400 degrees F.

Cut the eggplant, bell pepper, and onion into 1-inch cubes. Toss them in a large bowl with the garlic, olive oil, salt, and pepper. Spread them on a baking sheet. Roast for 45 minutes, until the vegetables are lightly browned and soft, tossing once during cooking. 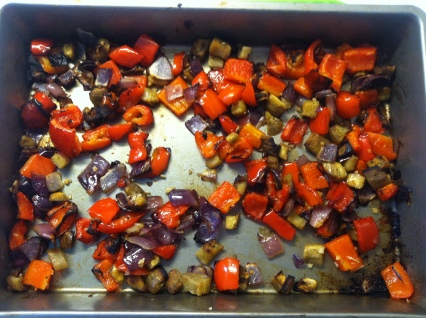 Place the vegetables in a food processor fitted with a steel blade, add the tomato paste, and pulse 3 or 4 times to blend. Taste for salt and pepper. 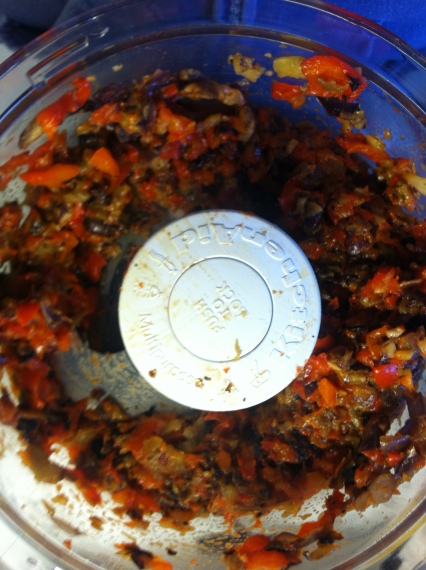