This is another Gramma recipe. Pretty simple recipe. The only thing I struggled with at all was baking time. But I’ll get to that later. Intrigued?? BAKING TIMES?! This is some scintillating shit, people.

You’ll also need: a standing mixer or hand mixer/bowl, another mixing bowl and fork, baking sheets, spatula or wooden spoon, and some Pam.

To soften butter, pull it out of the fridge about an hour before you bake and let it sit on the counter. If there’s a sunny patch, let it lay out like a hungover sorority girl on spring break.

In your standing mixer or with a hand mixer, mix together thoroughly the butter, peanut butter, sugar, brown sugar and egg. 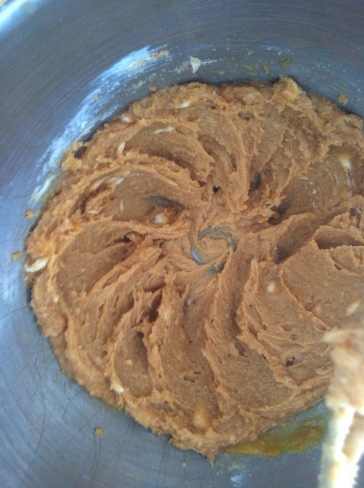 So here’s the one place I go off the reservation from Gramma’s recipe. She says to sift together the dry ingredients. But I don’t care for sifting because I find that it’s messy. I say combine flour, baking powder, baking soda and salt in a bowl and stir gently yet vigorously with a fork. It will give you that same light, airy texture you get from sifting but without getting flour all over your counter. You’re welcome. 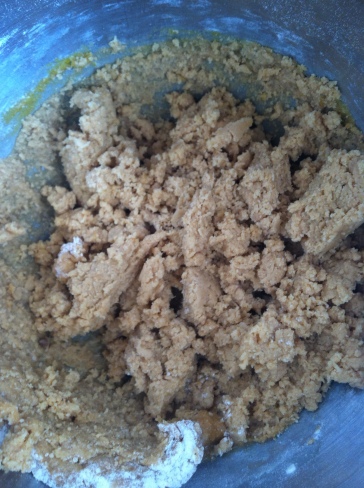 Wrap dough in plastic wrap and chill it in the fridge for an hour to an hour and a half.

Roll into balls, about the size of walnuts. Place 3″ apart (specificity, people) on a lightly greased baking sheet. Flatten with a fork dipped in flour. Criss cross. 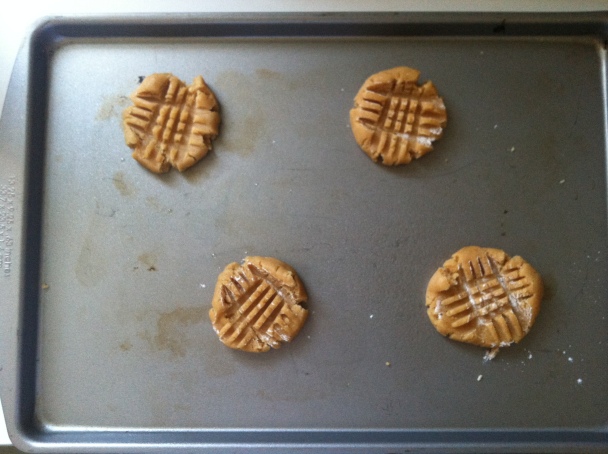 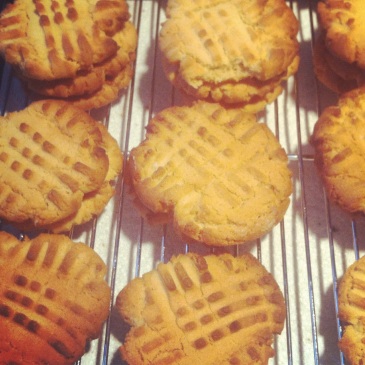 So, there are a few things I was playing with when I made these cookies.

Now, a word of warning. I like gooey, soft cookies. And these cookies baked real hard, real fast. In fact, Gramma’s recipe called for baking them 10-12 minutes. I baked the first batch at 10 minutes, which burnt the edges of the cookies. After that, I baked every other batch at 9 minutes. And some of them came out softer and gooier (usually, the homemade peanut butter) and some of them came out crispy (usually the Jif). Since I have absolutely no culinary training, I have no idea why they would be different. But since I like to pretend that I know what I’m talking about, I would assume that store bought peanut butter has a lot more sugar in it than the homemade stuff I made, so maybe that was the reason.

All in all, each batch made something like 2 dozen cookies. I forgot to count. Which is why I’m a fake food blogger and not a real one. You get what you pay for, people.

Adventures in Peanut Butter, or How I Made 6 Million Cookies